Biggest Disco will celebrate its 5th birthday at The 3 Arena on October 21st, 2023 – fresh from its sell-out tour entertaining nearly 100,000 disco lovers nationwide.

Four hours of disco mania – what’s not to love!!

The Biggest Disco is famed for its nostalgic disco events bringing the most iconic acts from the 90’s-00’s back to the stage in Ireland.

Over 1.5 tonnes of confetti has been launched into the crowds at their events and 500 litres of flame liquid has been used – making these events the hottest tickets this year!

Tickets are available on Ticketmaster.ie

Tickets are from €50, Additional Ticketmaster charges may apply

Under 16’s To Be Accompanied by Parent/Guardian – Standing Strictly Over 14s, Patron seated in Row 21 are advised that standing is not permitted at any time.

This is what happened last time we were there: 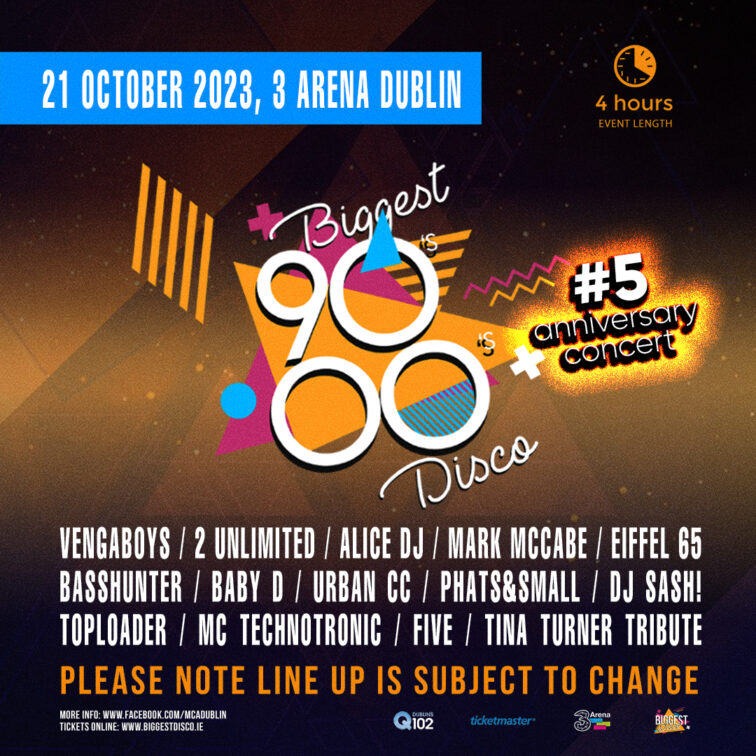