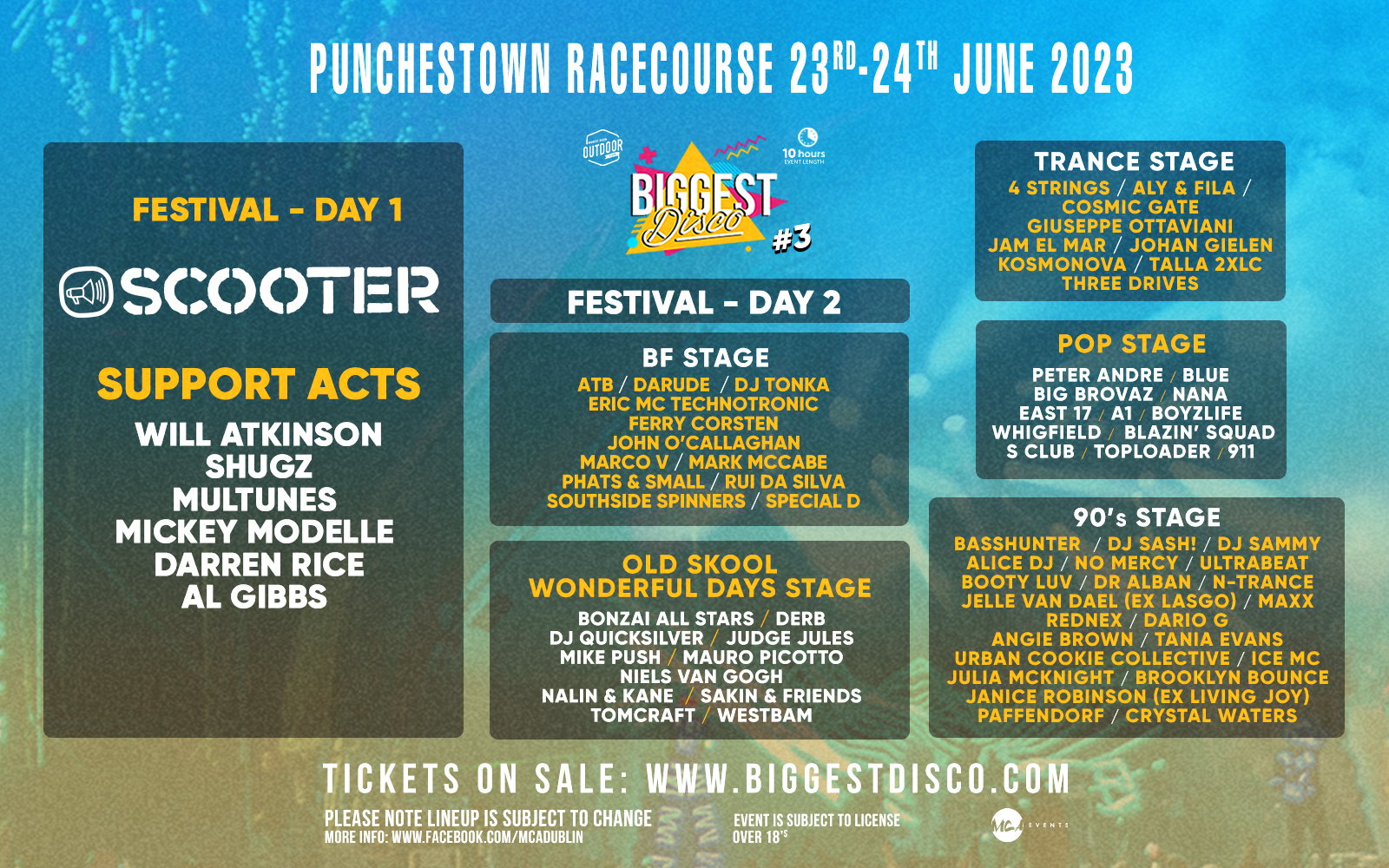 We are thrilled to announce that German rave legends Scooter as the headline act of the two-day festival’s opening day (Friday June 23rd) at Punchestown Racecourse.

The techno icons, known for disco hits including Jumping All Over The World, Nessaja and How Much Is The Fish are returning to Ireland following their sold out show at Dublin’s 3 Arena last December.

The festival is back and bigger than ever before and now runs over two days, (Friday 23rd and Saturday 24th). This was thanks to popular demand after the unprecedented success of last summer’s jam-packed event. Over 30,000 disco fans are now set to dance at five stages in the racecourse venue across the two days.

An epic line up of disco icons is set to perform across the two days, including Will Atkinson, Shugz, Multunes, Mickey Modelle, Darren Rice and Al Gibbs on June 23rd.

Peter Andre, Darude, Blue, Basshunter, DJ Sammy and many more are set to take the stage on the second night on June 24th,  guaranteeing ticket holders over ten hours of nostalgic fun on both nights.

We are so excited to bring Scooter to Punchestown for The Biggest Disco’s first ever two-day festival – we have plenty more surprises in store for the fans and plans are in place to break one, if not two world records!

Fans can expect an immersive experience featuring flash mobs, confetti, fire, CO2 jets, drone show, air show display, and many more surprises as over 75 acts from the 90’s and 00’s take to the stage.